This is a photo relation from the trip I took to Scotland in August 2006. 20,000 kilometers by car through a marvelous and virgin land of Scots. I went to the place situated furthermost to the north. Skipped only Shetland Islands due to lack of time. Then I told myself, I shall come back. Well, you can guess what was the end of this story. Never leave anything for later. Do it when you're there. No matter what the cost.

Scotland is a place where beliefs in all magical creatures come alive in your imagination. Certainly, the nature of the land strengthens the feeling that you're not all alone there. Civilization, that is big cities, normal roads and comprehensible British English, ends somewhere near Edinburgh and Glasgow. Of course, that does not mean that you miss it. On the contrary, you start to enjoy loneliness in the  scarcely populated land of old deserted stone houses; one-way roads, where you hardly meet another car; dead ends consumed by moor and bog; mountains entangled by mists; white beaches popping out of the blue; mysterious castles on the cliffs and the sea black like pitch.
The route: Warsaw-Berlin-Calais-London-Cambridge-Edinburgh-Glasgow-Aberdeen-Inverness-Isle of Skye-Thurso and back through the middle highland district. On the way to Thurso we mainly took the roads along the coast.
​
Warsaw-Thurso: ~ 3,390 km
Total: ~ 6,800 km 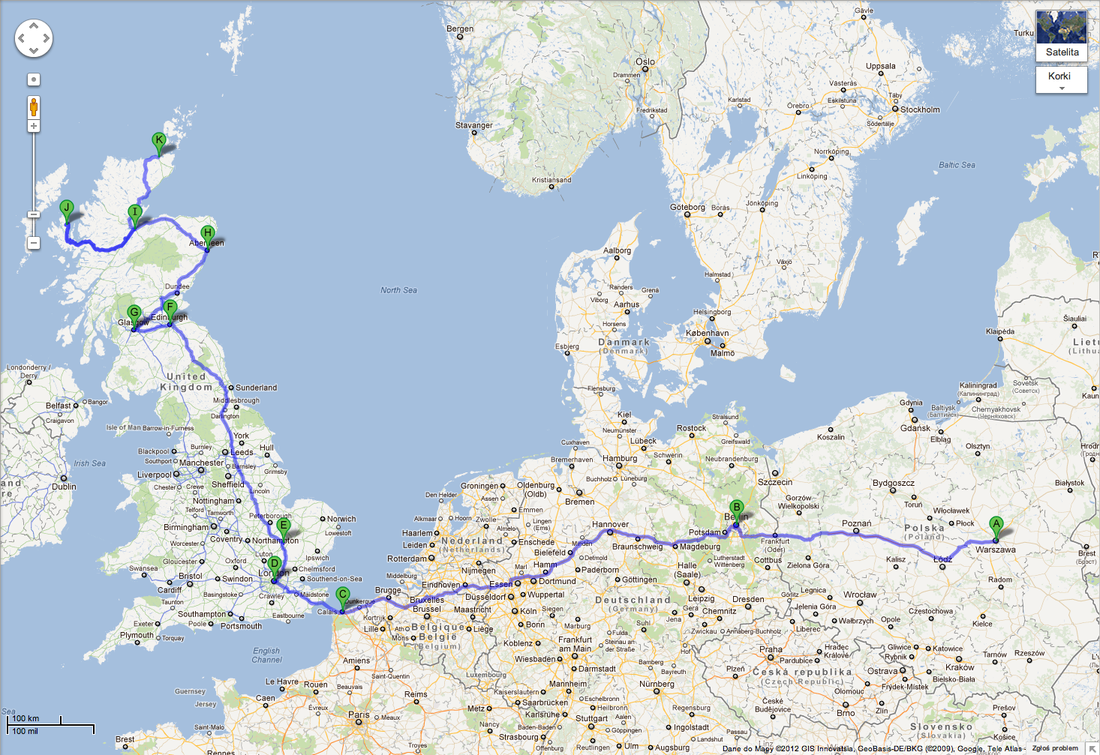