How would you feel when searching the net and learning that in the 60s your grandpa lived in Villa Natusin in Borki knowing that he could not have lived in a different place than the one you've been living in since you were born? At first, you would think that there is something terribly wrong about what they write. How come? All kinds of stupid ideas come to your mind. Maybe you do not know something. Then you read on and realize that the Villa they are talking about in the article is by no means the very place you're living in. But Borki? What Borki? There is no Borki here. You hear the name for the first time in your life. Of course, you go with your search to explain the whole idea and what do you learn? You learn that your small town has districts and Borki is one of them, a so-called Villa Borki district. Never to late to discover extraordinary facts from the history of your small town. 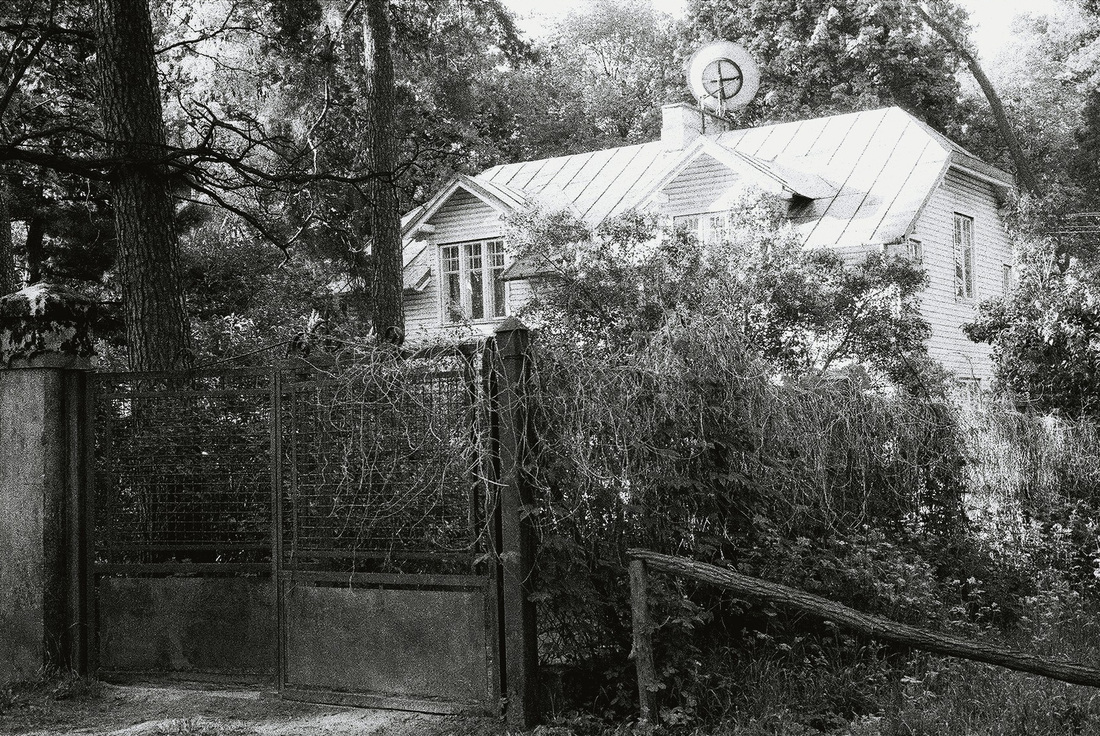 Villa "Natusin" in Borki, Brwinów
_          The name of your villa, no matter how high-flown it would sound, comes from the name of the wife of the first owner of the villa. There is actually nothing extraordinary about it in the context of the place, where I live, where you can actually find many examples of this kind of villa architecture from the first part of 20th century and earlier. Sometimes you do not really realize obvious facts from your life. Sounds like a new project to develop.

Actually that's not such a bad idea, because it looks like the villa has its own rich history from the war period and later, when the initial owners used to no more live in the house. Instead, the villa was inhabited by a number of tenants. A regular post-war phenomena in most houses in the area due to the flow of people from bigger towns to the so-called countryside, which once used to be just a solution for the wealthier families to spend summer. A wooden villa outside the city. 25 kilometers from the capital made for sure quite a long journey with light-carriage.

After the war many people used to live in the house. Every room, a different person. As far as I know, one lady was fond of gardening what explained the tulips growing close to the gate. They still grow there. When I was a child I always found it very mystical, because nobody has ever watered them. I used to believe that the lady comes there every spring and takes care of them. It would partly explain the feeling of many guests who used to stay in the place overnight that they are not alone in the rooms. Though, it had nothing to do with the sort of creepy, negative emotions, rather kind of lack of comfort characteristic for the inhabitants of the small city apartments.
Villa Natusin (Borki) in the Internet:
- 1 -
​
Listed in the document below: Natalia Stalska, Zagroda "Natusin" - it is here name, which inspired the name of the villa 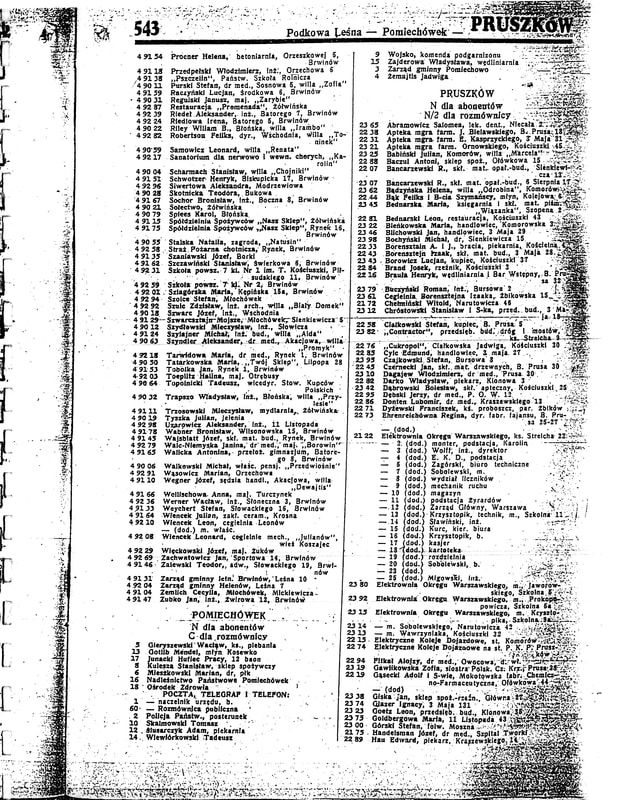 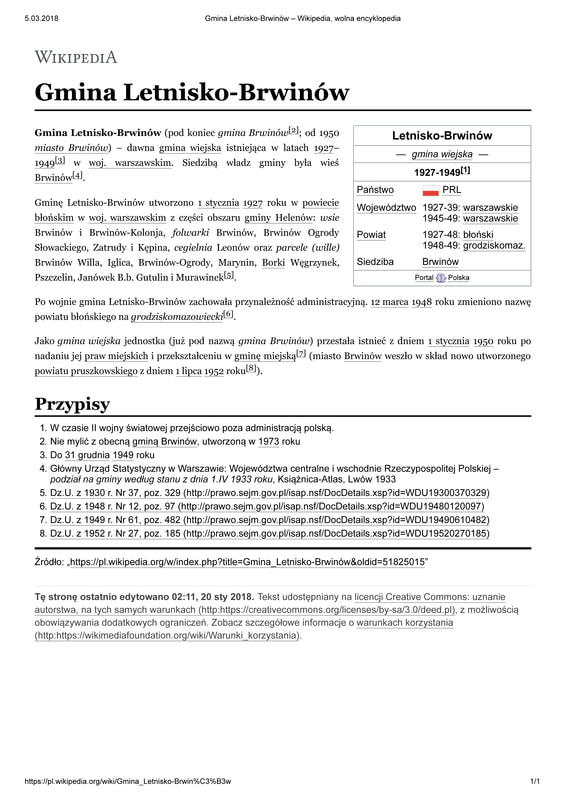 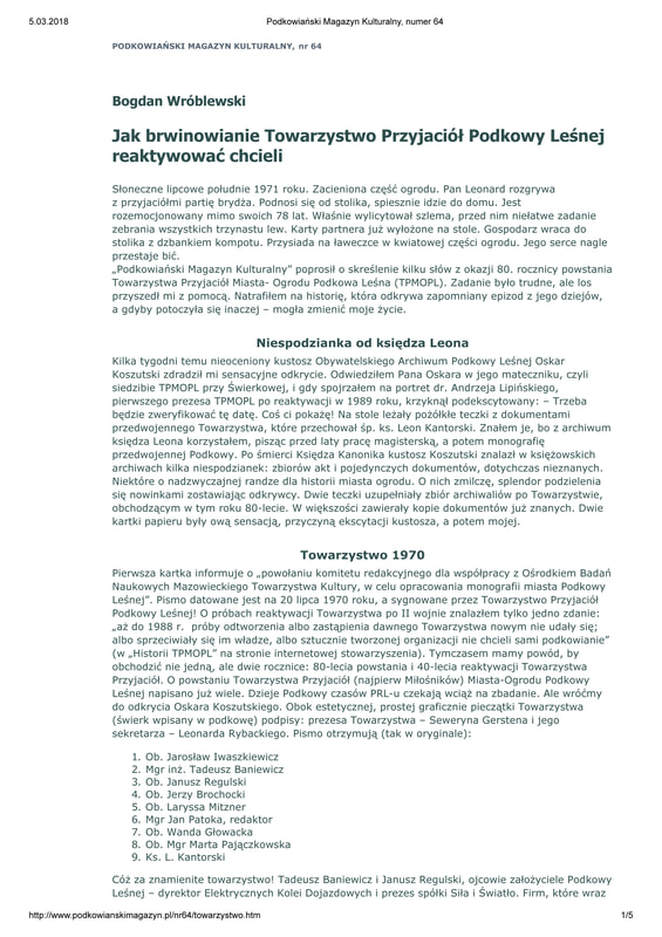 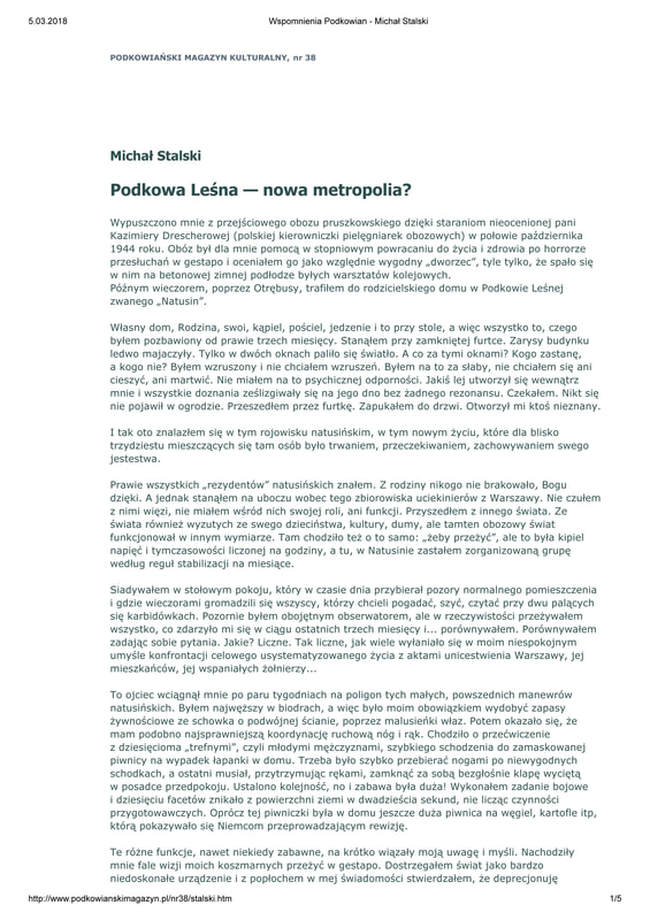 Source: ​http://www.podkowianskimagazyn.pl/nr38/stalski.htm
​
The link below is a surprise for me, cause I do not really feel positive about becoming an inhabitant of the town of  Podkowa Leśna. I feel proud of being from Brwinów. 100% satisfied with the current mayor. Do not really find any advantages of becoming a tax-payer of Podkowa Leśna. For me Podkowa Leśna is overrated. People think that if they become part of Podkowa, everything is going to change for the better while the rule is the same everywhere - if you do not take care about yourself, nobody is going to do it for you.